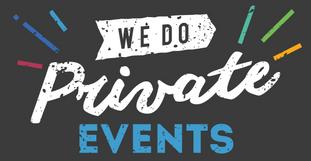 Every night we feature one question under our "Know Your Trivia" category in Round 5. The Know Your Trivia topic changes every week so log on to our website or check us out on Facebook! Our trivia hosts will ask one question about this topic so study up to increase your chances of winning!!
​

EXPLODING BAMBOO: THE ORIGINS OF THE FIRECRACKER

Thousands of years ago, there was a fuel shortage that drove villagers to harvest bamboo from neighboring forests. What the villagers did not understand at the time was that bamboo doesn’t easily lend itself to fire consumption. Because of its speedy growth, bamboo traps a great amount of air in its stalks. Upon heating, the air expands and compresses within the stalk.

For the unsuspecting villagers, turning to bamboo as a fuel source resulted in alarming surprise. When the green bamboo was carved up and dropped in the fire, the air trapped inside the bamboo heated, compressed, and burst the bamboo with a loud BANG! The bangs and pops frightened the villagers and terrified the livestock. After the terror of the moment had abated and the source of the commotion was discovered, the villagers found a new use for this resource. Reasoning that if the exploding bamboo could terrify animals and mortals, it would surely frighten the spirits and monsters long believed to torment communities. Firecrackers became a ritualistic custom in Chinese culture as a guard and protection against supernatural evils.

​​​We are looking for a Trivia Host to join our team! Host a fun night of trivia and get paid! If you're interested, please e-mail griselle@thinktanktrivia.net

​Book us for you next private party or fundraiser!! We can provide a live trivia show with general or themed questions to entertain your guests. Contact us today!

THE BEST LIVE TRIVIA IN CENTRAL FLORIDA!
View on Mobile